The best donuts in London

Where to try the best doughnuts in London

I think I've tried em all. Bread ahead bakery doughnuts. Krispy Kreme of which I like their glazed ring doughnuts best.
High Street chain Greggs donuts just don't cut it anymore! Below is my well researched list of the best doughnuts London has to offer.

From their secret donut burger. To the best donut ice cream sandwich in town.
The donuts offered at bird really are some of the best.

The doughnuts from bread ahead bakery are soft. Fluffy and filled with fillings of a mousse like consistency.
These doughnuts aren't over the top sweet which is great. With flavours like my personal favourite.
Chocolate filled doughnuts to their new arrival. Carrot cake doughnuts!
Find them at borough Market. West London and four other London locations.

Dum dum doughnuts have some hits and some misses. The donuts that I won't be purchasing again are the zebra.
A very chocolatey croissant and donut hybrid. With a chocolate flake topping. Chocolate mousse center and dusting of sugar.
It was a bit too sweet for me and could do without the dusting of sugar. The dough isn't memorable either.
Dum dums lemon doughnut was too sugary sweet and the dough was a bit dry

The strawberry ring icing doughnut ring was also dry and sickly sweet. I wasn't pleased with their creme brulee donut either.

Here's where it all changed. Upon reaching for the strawberry and cream cronut my expectations were low.
However I'm happy to report that it exceeded all expectations. I'm so glad I saved the best till last.
The prettiest visually and more importantly. The best tasting award goes to the strawberry jam cronut.
A cross between donut and croissant pastry.
The pastry/dough actually has flavour. It's buttery and not dry or heavy.
The cream on top is deliciously creamy with a lovely taste. There's a nice amount of yummy strawberry jam in the center and a real strawberry too.

I ordered some custom doughnuts to celebrate my wedding anniversary. I thought I'd surprise my husband with some, "I love you bae" donuts.
For those of you who may not know what bae stands for. It's slang.
An acronym for "Before Anyone Else" I ordered four flavours from Vicky's donuts selection.
Salted caramel. Vanilla. Chocolate and
"the Homer". I can't decide which one was best.
These are home delivered or you can collect them.
I can still remember the distinct, delicious taste of Vicky's doughnuts. Soft. Squidgy dough, with smooth icing.
Not hard or sticky icing like a lot of other donuts. Vicky's donuts aren't overly sweet either. They're just right.
Vicky's salted caramel donuts have mini pretzels on top.
They have the perfect amount of salt and the pretzels work really well with the donut.
Vanilla, like all the other doughnuts are nice and flavoursome.
The chocolate donut is yummy. With a slightly bitter chocolate taste that I actually really like.
The homer has an unexpected. Fresh, flavoursome tang of raspberries. It tastes like real fruit was used.
It's a welcome, refreshing taste that I haven't experienced from doughnut icing before.

I still remember my first experience of Crosstown Doughnuts.
Like most things in life. Not all doughnuts are created equal. I had seen, and heard a lot of hype about crosstown donuts.
Namely for the fact they're one of few places in London you can enjoy a yummy food hybrid known to many as a crodough.
So, you can imagine my face when I spotted some crosstown doughnuts sitting pretty in
Selfridges food hall.
I'd been wanting to try epic Crosstown doughnuts croissant hybrid "crodough" for some time. Now was my chance!
The helpful server told me what his best donuts were. It seemed he couldn't quite choose at first, but settled on a custard crodough plus a caramel and banana doughnut.
Crosstown doughnuts are very eye catching. The caramel and banana doughnuts look and sounds like a unique but pleasant invention.
I procrastinated over the tasty selection of Crosstown doughnuts on offer, finally settling on a custard donut.
To be fair, a custard donut was always going to be coming home with me - whether it liked it or not!
I added an oreo donut to the list, turning back round again for a caramel and banana doughnut.
The custard doughnut has a lovely, buttery taste. It's only mildly sweet. I love the custard donut. I'd definitely buy one again.
The Oreo donut is delicious. Buttery, and only mildly sweet - which is a good thing. The filling inside is creamy with a nice tang.
The caramel and banana donut isn't quite my cup of tea. That's not to say that it's horrible. It's pretty decent.
I thought it was a bit overdone at first, but realised after my first bite, that bananas are probably used in the dough giving it a darker colour.
The topping has a mild caramel taste, and this doughnut is filled with banana puree.
The clever little donut bags are glossy on the inside. Keeping the doughnuts toppings from sticking to the bag.
I'll definately buy donuts from Crosstown again in the future. As I'm a major doughnut lover - who isn't!
My first experience of Crosstown doughnuts was a good one, so I was back for more. This time around I indulged in four different donuts from their unique, extensive range.
The original and best out of the bunch in my opinion is the glazed ring donut. I've always favoured a good glazed ring doughnut over more elaborate flavours and the glazed ring is as good as they come.
Not only that, but it's not just a regular iced ring doughnut. It's actually a hybrid doughnut known as the crodough.
This part croissant, part donut geniusness tastes deliciously moorish.
The dough of the iced ring doughnut is a bit lighter than that of the custard doughnut, which I had previously tried. Lighter is better I might add.
The ice ring doughnut strikes the perfect balance of sweetness. The icing is the best consistency ever! Not too thick and sticky. Yet not too hard or crunchy.
I also enjoyed a Belgian chocolate truffle doughnut, which tops the list as one of their best donuts.
The soft ring is covered in smooth creamy chocolate. Housing thick, creamy chocolate truffle mousse in the center. Would I get it again? You betcha!
Another interesting looking doughnut that I tried had pumpkin seeds on top. The filling tasted of nutmeg and you could taste the orange zest.
My final donut of choice was raspberry jam. Thick, tangy raspberry jam oozes from the middle. As delicious as it is, there's a bit too much filling.
My fave donuts are the glazed ring, chocolate truffle and raspberry jam.
Over the years crosstowns doughnuts have gone from strength to strength. Thankfully. As I've witnessed many yummy food stores open and close just as quickly here in London.
Whereas they have opened more stores. Launched delicious vegan donuts right in time for my vegetarian/vegan lifestyle change.
With a donut and coffee loyalty card that gets you a free donut after a certain amount of visits.
The original and best doughnuts in my humble opinion are the vanilla glaze and dark chocolate vegan doughnuts.

Rinkoff bakery sell some of the best and totally unique doughnuts that you just have to try at least once. When in London.
From the unique croissant like pastry of their doughnuts. To the delicious flavour pairings.
Such as the Nutella and marshmallow s'more donuts. To their oreo cheesecake donuts. There's even a Salted caramel and pistachio concoction.
Head to either of the two East London bakeries to have your fill of Rinkoff donuts. 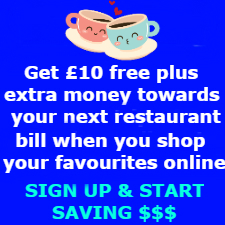 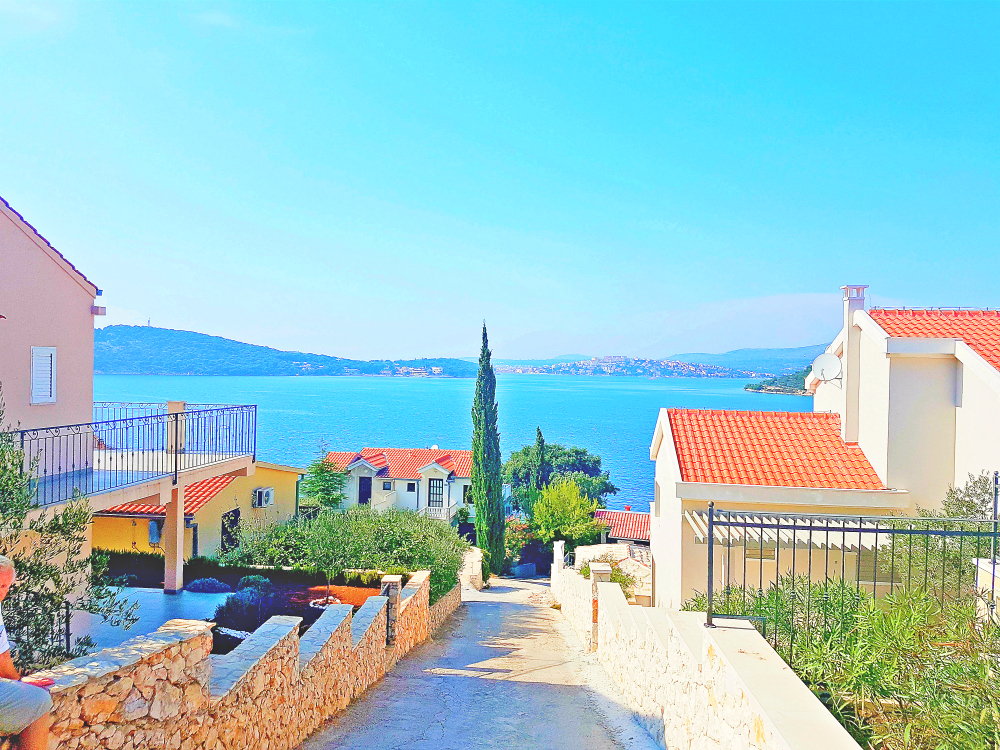 Where We Stayed In Croatia 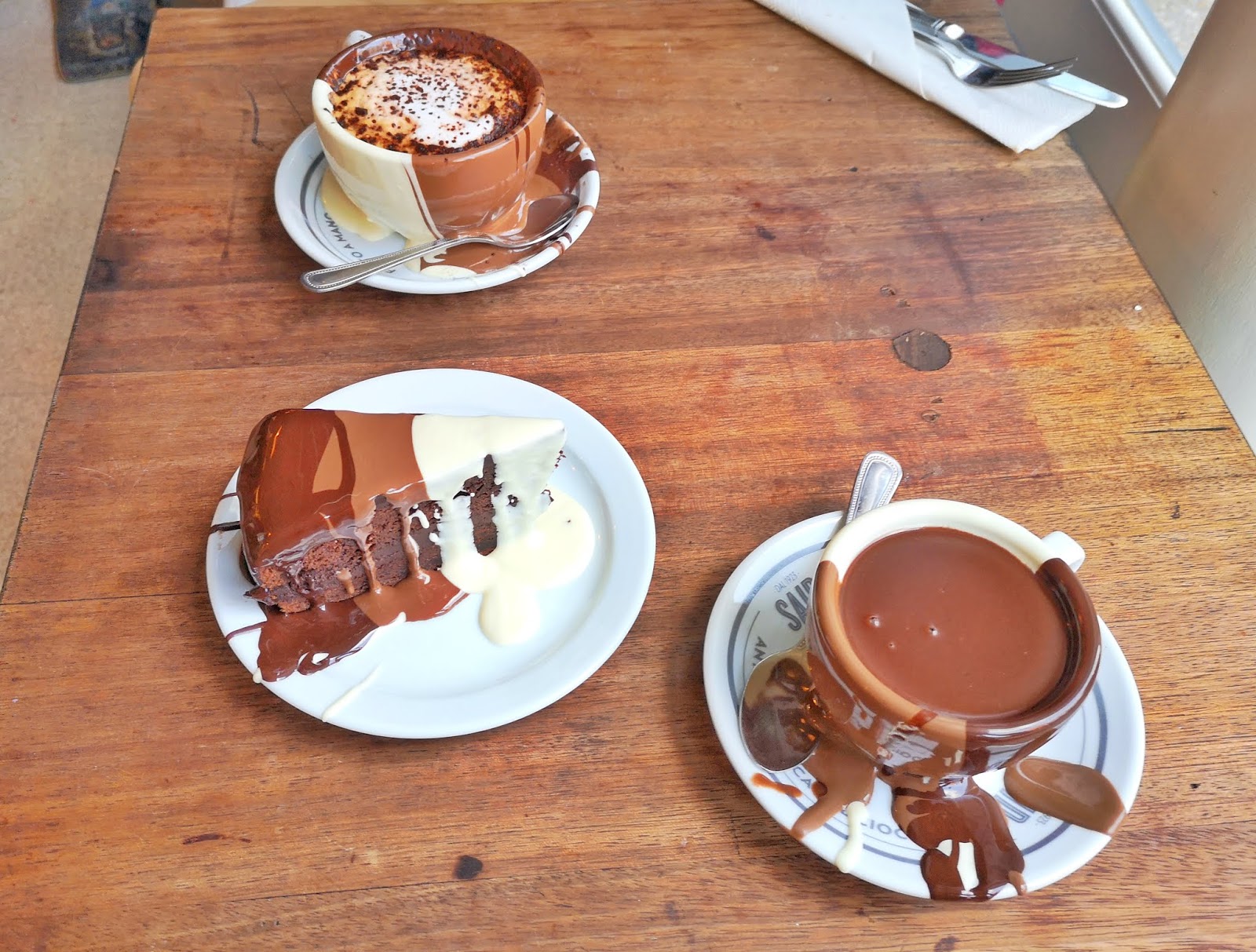